A ‘fresh approach’ will be adopted by leading renewable energy company Epuron – the new proponents for the City of Fremantle’s large-scale solar farm development at a disused landfill site in South Fremantle.

The Australian-based Epuron will enter into a 12 month exclusive working agreement period with the City. This will allow for due diligence, resolution of environmental and other regulatory approval matters and to seek a customer(s) for a power purchasing agreement (which may include the City of Fremantle). The construction and operation of the solar farm would be fully funded by Epuron.

The new arrangement follows the recent withdrawal of First Solar, the initial project proponent announced in February 2015, who recently advised the City that it would no longer be pursuing the project due to what it considered limited site capacity and market issues.

The solar farm concept aligns with the City’s vision of becoming a zero carbon city and has the added benefit of creating local jobs. 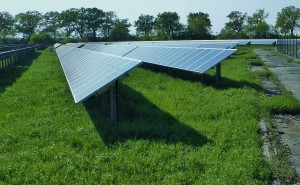 A similar concept to the Fremantle proposal, the proposed Valdora Solar Farm facility in Queensland is set to offset Sunshine Coast Council’s entire electricity consumption at its facilities and operations.

The 19.4 hectare former South Fremantle landfill site was operated as a waste disposal site between approximately 1930 and 1991 and since this time, has remained largely dormant. Almost 90% of the total site area is owned by the City of Fremantle with the remainder owned by Main Roads Western Australia.

In May 2014 the City put out an expression of interest (EOI) for a commercial operator to construct and operate a large-scale solar farm at the site.